The Association has long thrived on the diversity of its membership.

Universities, academic and commercial research organisations, the Medical sector, Industrial, Consultancies and other groups make for a wide range of interests and experience. Our very successful mailbase is often the first port of call for many members seeking advice and wishing to benefit from the expansive pool of knowledge available.

The society has five categories of membership:

To be admitted as an Ordinary member of the Association applicants should:

This is a category of membership which is bestowed only on an existing member of the Association by an Annual General Meeting.

Honorary Life membership may be bestowed on any member who has given exceptional service to the Association.

Any corporation or organisation may apply to become an Affiliated Organisation. Admission to the Association will be only to bodies whose interests are compatible with the aims of the Association.

Affiliated Organisations may nominate one or more Representatives who may attend all Association meetings.

Representatives of Affiliated Organisations may neither vote, nor be elected to any committee of the Association.

Subscriptions remain at £35 per year.

Please contact membership@aurpo.org.uk for more information and to request a membership application form.

Affiliate Subscriptions remain at £150 per year which entitles affiliates to a £50 reduction in exhibition fees at the AURPO Annual Conference, web link details on the AURPO website and a host of other benefits.

Many thanks to this year's sponsors of the first virtual AURPO Annual Conference! 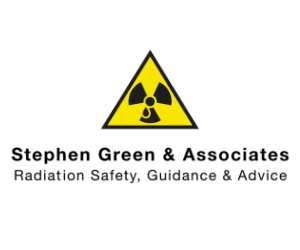 Our highly qualified radiation experts provide professional, knowledgeable, practical and cost-effective advice, supported by a friendly, conscientious admin team. We work in various sectors including universities, as Radiation Protection Advisers (RPA), Radioactive Waste Advisers (RWA) and Medical Physics Experts (MPE). Although SG&A was originally based in East Anglia, the growth of the company has allowed us to extend our expertise further across the UK. We remain committed to our ethos of maintaining a personal, bespoke, high-quality service for all our clients.
Stephen Green
Stephen Green and Associates 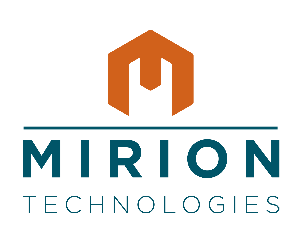 Mirion is a leading provider of innovative products, systems and services related to the measurement, detection and monitoring of radiation. Every industry and facility has different requirements for their radiation monitoring programs. Visit our industry center to learn which dosimetry solutions are right for your application. Our radiation safety experts are available to answer your questions and custom tailor a monitoring program for your facility.
Ron Dearden
Mirion

Mirion Dosimetry Services
Mirion is a leading provider of innovative products, systems and services related to the measurement, detection and monitoring of radiation. Every industry and facility has different… 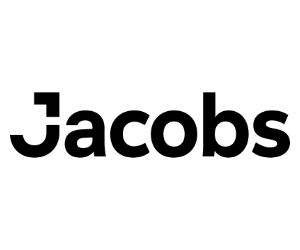 As an HSE-approved Corporate Radiation Protection Adviser (RPA) body in the U.K, our specialist advisers provide a range of regulatory compliance support – from helping customers with radioactive waste to ensure that accumulation and disposal complies with environmental permit conditions, to advising on the transport of radioactive material between sites.
Matthew Smith
Jacobs

Jacobs
As an HSE-approved Corporate Radiation Protection Adviser (RPA) body in the U.K, our specialist advisers provide a range of regulatory compliance support – from helping customers…

Our approach is unique. Informed by world-class experts and driven by our service commitments, we strive to deliver the personalised radiation safety services you need to limit exposure, protect your staff, and comply with legislation, every time. We have more expertise in more sectors than any other UK company, including world-class experts on Technical Services, Project Management, and in depth of knowledge about the UK’s radiation protection market.
Glenn Hardcastle
Aurora

Aurora
Our approach is unique. Informed by world-class experts and driven by our service commitments, we strive to deliver the personalised radiation safety services you need to…

Hover over the carousel to pause it. Click on the red dot magnifier to learn more about the sponsor, or hit the red dot link to visit their website.

For all Contacts: Contacts Page

This website uses cookies to improve your experience. We'll assume you're ok with this, but you can opt-out if you wish.

This website uses cookies to improve your experience while you navigate through the website. Out of these, the cookies that are categorized as necessary are stored on your browser as they are essential for the working of basic functionalities of the website. We also use third-party cookies that help us analyze and understand how you use this website. These cookies will be stored in your browser only with your consent. You also have the option to opt-out of these cookies. But opting out of some of these cookies may affect your browsing experience.
Necessary Always Enabled
Necessary cookies are absolutely essential for the website to function properly. This category only includes cookies that ensures basic functionalities and security features of the website. These cookies do not store any personal information.
Non-necessary
Any cookies that may not be particularly necessary for the website to function and is used specifically to collect user personal data via analytics, ads, other embedded contents are termed as non-necessary cookies. It is mandatory to procure user consent prior to running these cookies on your website.
SAVE & ACCEPT